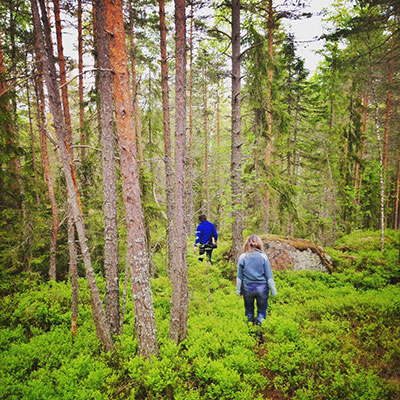 The village 'Torsåker' is named after the Scandinavian god Thor, together with the old nordic word 'akr' or 'áker' meaning 'arable land', the typical translation for the name is 'Thor's field' and was originally used as the name of a farm. Torsåker is situated between the two cities Gävle and Falun and already existed as a settlement at the time of the Vikings.

Traditionally, Torsåker is a rich farming village gaining its wealth from the numerous iron mines in the area. The landscape is rolling and open, surrounded by wooded hills. Our holidayhome the 'Yellow House' is located just outside the village in the hamlet of Ho and lies at the edge of the forest. Once you step outside the door you can go walking/hiking in the mossy, hide-and-seek forest, picking berries in summer and mushrooms in the winter. The garden of the main house (10 minutes walk from the Yellow House) with its unique yogastudio, borders the Hoån; an idyllic small river that meanders through the friendly valley and opens onto the beautiful lake 'Ottnaren'. We rent out canoes for you to discover the Hoån also known as the 'little Amazone' of Gästrikland and for a longer trip out onto the lake, where it is also great for fishing. Hofors golf course, at about a 15 minute drive from Torsåker is ranked as one of the ten most scenic courses in Sweden and has 18 holes. 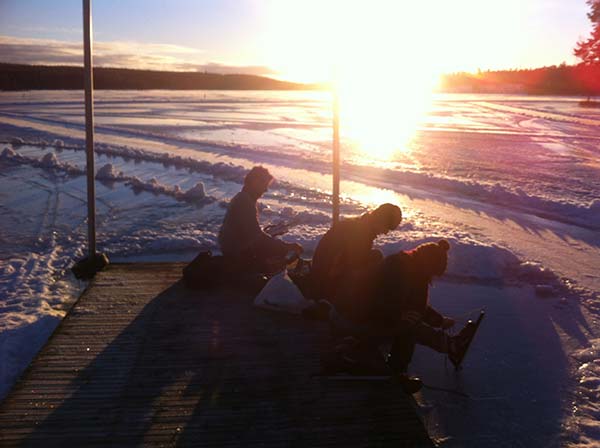 In the winter there are plenty of possibilities for ice-skating on the frozen lakes and for skiing. Kungsberget is about a 40 minutes drive from us and it is the largest skiing resort in this region with 19 slopes and 10 lifts. Garanteed snow from november till april! kungsberget.se

All year round it is possible to visit some of the old mines in the area of which The Falun Gruva is world famous.
Falun was Sweden's second-largest town in the 17th century and its copper production affected the economic, social and political situation throughout Europe. This is why the historic industrial landscape around Stora Kopparberget (the Great Copper Mountain) and Falun were inscribed on UNESCO's list of World Heritage sites in 2001. varldsarvetfalun.se

Other places of interest: